Stop Treating Failure as a Death in the Family 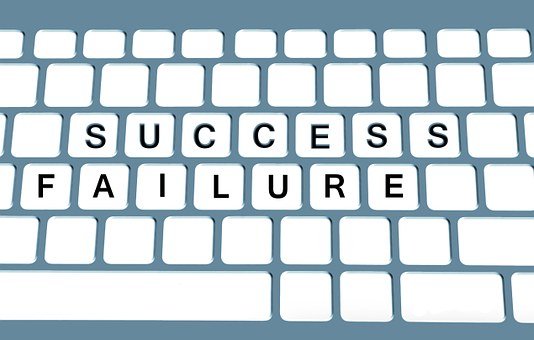 Failure is not fatal yet you wouldn’t know it to listen to those who truly fail and have not just driven over a bump on the road. And no, Winston Churchill did not say this partial quote anywhere in his archives. Although, it is such a smart statement, that you would think he did.

As a creative, focused leader, starting your own business or building another business or even adapting your existing business, you will fail. Period.  Failure is not the end of your world; failure is the true beginning of your next mountain climb.

What is failure? Failure is a lack of success. Again, period. That’s it. A lack of success in some way but not all ways. Some people think that if there is a pathway of failure, that all is lost and they go on a tirade about their own insecurities, lack of luck (??!!), lack of funding and other similar rants that do not make much sense. Except of course, lack of funding.

There are many big brands that have flown close to the sun and almost achieved total failure and proverbial death.

When comic books sales bombed in 1993, MARVEL leadership did not know what new road to take. The chose film and the rest is history. MARVEL discovered another format and reframed their business. No one thought they would die because no one was buying comic books in the mid-nineties, they just figured out a creative way to thrive.

Other big brands such as IBM, Apple, FedEx, and Nintendo also almost perished, yet with creative methods such as listening to customers, incredible perfect timing and what is called compassionate competition, especially as far as Apple/Microsoft professes, these brands came back and did so big time. Start your new business in a healthy way, with the right people, the right finances and the right creative ideas and you may still hit that bump in the road, however, stick it out.

In trouble and want me to check things out?