Are You Ready for Management? 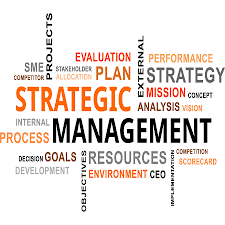 And then there is Ted (not his real name). Ted was excited to be on the Management track at his company. This is exactly what he wanted, to climb the ladder as far as he could go, earn the bigger dollars as well as the title that would go along with it.

However, Ted was not getting any further on this track as his company merged with one of the many smaller companies they continued to do and as it happens in these instances, some of the incoming managers were to keep their titles and salaries, so for a while, there was no room for Ted.

Ted complained, very loudly, about this barrier in his search for management.

He was ticked off; told everyone at work as well as his outside circle of friends.

People were fed up with his story so Ted decided to confront his work mentor. His mentor, Adrienne, asked Ted if he really wanted to hear the truth; Ted said yes.

Well, his response of anger in all situations went all the way up the corporate ladder; they determined Ted was not management material. The company couldn’t have someone so angry motivating others.

Ted did not think (of course) that he was angry enough to have this block in his path.

That’s when he came to me.

After numerous questions, we discovered that Ted was bitter about something that occurred in his past when he worked at another company. Ted was not asked to be on the management path at the prior firm.

Ted held grudges; these grudges manifested in Ted being angry, even in his interviews with the powers that be in his managerial climb. Ted thought he always knew better than the other guy.

This grudge needed to be healed or removed in the best way possible in order for Ted to move onward and upward.

Once Ted was able to forgive, yes forgive the person who he held a grudge against, his life started to shift. There is a process to forgiveness and Ted was willing to do whatever it took to get what he wanted, a management position.

He began to understand how his behavior was the way it was.

Ted went to work, apologized to his co-workers for being such a headstrong individual; met with his mentor, apologized and thanked her for her help, then asked what his next step at work should be.

Ted followed his new Yellow Brick Road to success as a manager. The first thing he told his team was the story about how he failed and about his anger issues. The truth works and Ted appeared more vulnerable and better qualified than the next mergers’ managers.

Forgive the people who have harmed you.

Get your free copy of: The True Self Handbook – A Guide to Transform Your Life here-