Satisfaction is an Important Ingredient for Good Health and Greater Success 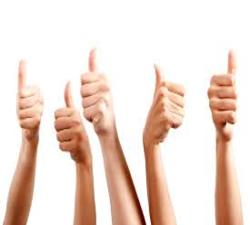 ‘Satisfaction is the fulfillment of one’s wishes, expectations, or needs, or the pleasure derived from this.’ – Dictionary

It seems that Steve is never satisfied. Working from home during COVID 19 as a Project Manager, he does his best to corral a team of many to create and drive the process and project to completion. Steve’s team works diligently to provide all avenues of the big picture and the details involved to achieve this. Although sometimes it feels like herding cats, especially virtually.

As hard and diligently as his team is working, Steve, however, expects more from his team. His team wonders how much more they can do to satisfy him. They hate the virtual whip he uses to get their attention.

Even though Steve’s team has provided all the nuances necessary to complete this one particular project, Steve does not think his needs are being met.

The problem with Steve is that he is never satisfied. Never. Which is a problem not only for his team but also for his personal life.

Steve is involved in a custody issue with his daughter’s mother. Steve gets to see his daughter for a specific number of hours per week; the time spent is generous.

Steve wants more. Why? Because Steve, again, is never satisfied. He is always in distress after he returns his daughter to her mother. He misses his daughter and worries that she will miss him as much as he misses her.

If Steve were to be satisfied with the time spent with his daughter, Steve would be OK; he would be healthier and more receptive to his work team.

If Steve continues on this path, he will make himself sick. The constant dissatisfaction at work and with his daughter will permeate any goodwill he has stored up with his team and supervisor.

Dissatisfaction leads to unhappiness and continued discontent. Steve will constantly be looking for something that is not there, something that does not exist.

Steve’s health is also affected by his dissatisfaction; high blood pressure, migraine headaches plus the weight he is gaining from over-eating.

If only Steve would just be satisfied. Steve can focus on the positive – his team has performed miracles on this most recent project.

Steve needs to take time for himself to be ready for his next step.

Steve needs to be more understanding of himself, his team, and his relationships, especially the one with his daughter.

It’s up to Steve to be satisfied. No one else can do it for him. It’s time for Steve to say to himself- ‘Job well done!’ and ‘Today was a good day.’