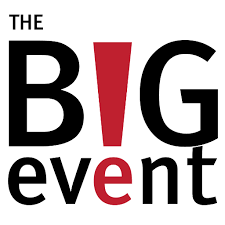 The story is real and the tips are a gift. Use them wisely and to the benefit of you and others.

Once upon a time, in a land far away, I managed over three dozen people, volunteers, who committed to their community. I was a volunteer as well.

Tip: It is always beneficial to volunteer in your community as it opens up the soul and the heart.

We had completed numerous projects including raising money for a safe house, built playgrounds for children at these safe houses; a few became Big Brothers and Big Sisters and other projects were involved.

During a holiday period when I had free time (!), I volunteered at the local community food bank. We were quite busy filling bags with turkeys and food for the holidays.

However, there was one part of the food bank that was in trouble. It was the Brown Bag program. Apparently, there were many people who were elderly and/or infirm who could not make it to the food bank to pick up their Brown Bags.

A Brown Bag delivery team was necessary, and there were no funds for this.

In a moment of madness, I said I had all these people (remember those three-dozen people?) who could do something to benefit the Brown Bag program and its recipients.

Other volunteers in the food bank said, sure, fine, whatever hardly believing anything would come of it.

Little did they know my powers of persuasion!

I called an emergency meeting of the thirty-six or so people who were part of this volunteer project and shared my idea.

Let’s put on a show, I said. We could have music, dance, bring everyone together in fun and raise money besides. And it’s for a good cause!

I got a lot of no ways, how could we do this, it was too big of a challenge, what would it cost and why should we do it?

Tip: Even if you have loyal followers, employees, and friends, they may say No! to your seemingly outlandish schemes. Be patient yet stay the course!

The why was easy. This was our overall commitment – to volunteer in our community and make a difference. Yes, it was bigger than other projects we had taken on, however, I knew it would work.

Tip: When designing a Vision make it HUGE, keep on the right path and get others on your side.

It took a couple of meetings to have people see my Vision for the Brown Bag program and how it could work.

They agreed; then we got down to details, the task, and goals.

Tip: Always have a plan, preferably in writing. Always.

We discovered we needed at least six weeks, especially according to one volunteer who had information from a huge event planning company. Tick! One item is taken care of.

Tip: Source your resources. You never know where help will come from unless you ask.

We also needed money for a variety of items: renting the venue, tickets, flyers, printing, advertising…the list went on.

These particular tasks were one part of the plan – we had to know what we were going to do before we could tell others about it.

Tip: Be clear about what you are doing and for whom. Very clear!

The money, the capital contribution, came first. One group within this three-dozen decided we should have a garage sale. Yay! With over three dozen volunteers, it turned out to be quite an event. A small sub-group took this on and all we had to do was show up. Everyone was empowered to reach the Big Vision!

The garage sale was an event in and of itself. Three dozen volunteers, families, kids, balloons, and food – for sale and to eat.

Tip: Celebrate everything, even garage sales. And feed your people. Reward them physically, emotionally and professionally.

Our meetings continued. We needed the venue and money for the venue, participants, acts, tech people for sound, lights, judges, opening music, closing music, a marketing plan and so much more. The six-week time schedule was running down.

Who was going to do what?

What happened was that people volunteered to perform tasks that they enjoyed and could accomplish. No one was assigned a task. Whoever had the highest and best skills volunteered for that specific job.

Tip: When hiring someone to work for and with you, determine that they can do the job they are being hired for, enjoy it and have achieved great results in the past.

And so it began. One person knew a printer who would donate their services, others knew small business owners who would provide prizes in the form of their product in lieu of payment for advertising. I knew a Superior court judge – I worked on her campaign – and she obtained the remaining two judges to complete our panel of three.

Tip: Always find people who understand your Vision and are attracted by the energy of the people devoted to this Vision.

Next came auditions which were sourced directly from the volunteers; several even had other technical tasks to complete.

A committee was formed to review the auditions of those who wanted to be a part of the show. Of course, we took everyone and yet we still only had seven acts!

Now we had location, money, prizes, judges, and talent.

Time to take the next step. Customers!

Everyone invited parents, children, and friends, all with paid tickets – no freebies- to fill this venue.

Tip: Needless to say, it is important if not vital to have an audience for your product.

We needed an MC, a Master or Mistress of Ceremonies – someone who would help make this look and feel like a real ‘show’.

I happened to know one and only one local DJ. I called him up, explained the story about the who, what, why, when of the event, all done by volunteers, and he showed up, one night only, unpaid, for this event.

Tip: It is amazing what can be done once a commitment is made. Miracles do occur and others want to hang out with cool kids!

There was Standing Room Only and the Fire Marshals did not say one word.

Do you remember we only had seven acts? Do the math. Seven acts, about 2-4 minutes long for each act, gave us a very short show.

We stretched and stretched each act, sometimes with encores; the enthusiasm was incredible.

Then, another miracle occurred. The local community food bank director came on stage after the event, in front of the crowd, and was astonished as she never thought we would succeed. Her interest was so low, that she convinced the State of California to match any monies we collected to help fill the coffers. Well, we received thousands of dollars in paid tickets. She had to go back and ask for quite a bit of money from The Powers That Be and she got it!

Local groups familiar with this endeavor created a party for the participants and the audience! They provided a huge multiple warehouse venue with free food, drink, and music.

These people were so taken by our desire and Vision, they wanted to be a part of this HUGE event.

You never know what is going to happen in your life. When a possibility presents itself, go very, very big, put all you have into it and others will be excited and enthused by your energy.