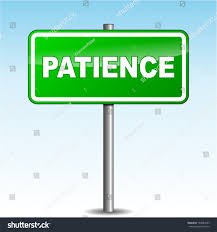 Susan just started working at a very large, very intimidating technology company. She observed lots of whispering and behind the hand conversations. It was reminiscent of groups she knew in high school.

Susan did not know how to talk to about how she would receive the correct information about a project she was a part of. Everyone else knew each other and seemingly expected Susan to go along with the way the team had operated in the past.

Being an intelligent yet also sensitive person, Susan was dismayed that the men had their own clique and the women were scattered about trying to get involved in teams that were productive.

Her boss was in his office and Susan did not know if she could speak with him and solve her problem of being left out of the team conversation. Her contribution to the team had yet to take hold.

Susan went to her boss’s office, knocked on the door and was invited in.

She was informed by her boss that she needed an appointment. Susan attempted to make an appointment. There were no ‘openings’ in her boss’s schedule for at least a week, seven days away. The project was ongoing and a week seemed like a very long time to get the answers she needed.

Susan was left with little recourse, so she asked her boss if they could have lunch together that day. Surprisingly, he said yes; she got her questions answered, and off she was to contribute to the team.

Susan was not totally satisfied with what she perceived to be this great separateness among the team members. She was ready for her next step; patience was the key.