Dennis Pitocco is Founder & Chief Reimaginator of 360° Nation, encompassing a wide range of multimedia enterprises, including BizCatalyst 360° —an award-winning global media digest; 360° Nation Studios —dedicated to reaching across the world in an effort to capture, produce, and deliver positive, uplifting messages via blockbuster global events, including HopeFest 360° and BucketFest 360° and; GoodWorks 360° —a pro bono consulting foundation focused entirely on providing mission-critical advisory services to nonprofits worldwide. Everything Dennis does is carried out “for-good” vs. “for-profit” founded upon his belief that it’s time to rediscover humanity at its best. 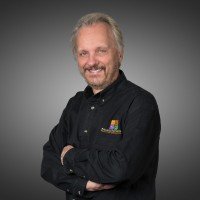