Is Your Past Creeping Up on You? 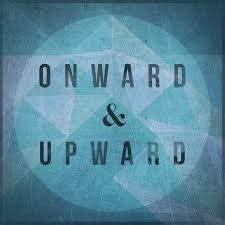 “All the world’s a stage, And all the men and women merely players.”- William Shakespeare

Season Two  of Bill Hader’s  ‘Barry’, in a self-described dark comedy on HBO, has returned. It stars Hader as the eponymous lead character, a Midwestern hit-man who travels to Los Angeles, CA to kill someone and then finds himself joining the local arts scene. Barry finds himself in an acting class. One of the acting teacher’s quotes is ’We all act all the time.’ His implication is that we all take on roles that suit our purpose in the moment.

Barry still wants to be an actor and takes steps to remove himself from his hit-man days. This is not as easy to accomplish as Barry thinks.

He is being pulled back in to being a hit-man if only to be able to move forward as an actor or at least an acting student.

How many times have you been pulled back in to doing something you thought you had given up, yet they still keep on coming?

The job you had, the place you lived, the people you knew, all seem to be catching up with you and delaying your move forward. They all want you back and do not want you to succeed.

Let the past go and do not let others try to bring you back in. You are in charge, even if you have to take on the role of a steadfast individual. Hold your ground and hold firm on your new life and your new role.

Check out this free report-